WHAT YOUR BODY SHAPE SAYS ABOUT YOUR PERSONALITY 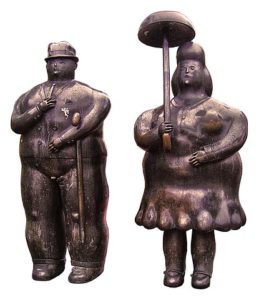 Do you look trustworthy? Lazy? Enthusiastic? When it comes to snap judgments, your body shape affects other’s first impressions of your personality. Researchers at the University of Texas in Dallas tested their theory that body-shape and personality-trait stereotypes affect how we judge and interact with people we haven’t met before.

Psychologists have known that facial features affect first impressions, but this is the first study to look at the influence of body shape. Using information gleaned from measurements and laser scans of many different male and female body types, the scientist tested college undergrads’ take on personality traits of various body models. To help their descriptions, the students could choose from 30 personality traits.

The students were consistent in their first impressions. The classic, female, pear shape and broad-shouldered, male shape were associated with active traits—such as quarrelsome, extraverted and irritable. More rectangular shapes were perceived in a more positive light. They were thought to be more passive—that is, trustworthy, shy, dependable and warm.

Heavy body shapes were linked to negative traits, such as laziness and carelessness. Lighter bodies were associated with positive personalities such as self-confident and enthusiastic.

It’s human nature to make snap judgements about personality based on body shape, but there are probably more layers of physical attributes that affect perception. The researchers speculate that attractiveness and gender also feed into one’s judgement of another on first meeting.