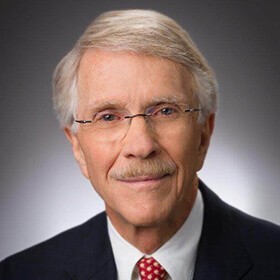 I currently serve as Distinguished Emeritus Professor in the Menninger Department of Psychiatry and Behavioral Sciences at Baylor College of Medicine in Houston, Texas. Previously, I held the Barbara and Corbin J. Robertson, Jr. Endowed Chair in Personality Disorders, and I served as senior vice president and chief of staff at the Menninger Clinic.

Duke University and Baylor College of Medicine are my alma maters. I pursued my psychiatric and psychoanalytic training at Columbia University College of Physicians and Surgeons in New York. Later I served as chief medical officer of the New York State Office of Mental Health and was named the Elizabeth K. Dollard Professor of Psychiatry, Medicine, and the Law at Columbia.

Before returning to Baylor, I served as professor and chairman of the department of psychiatry and behavioral sciences and executive director of the Institute of Psychiatry at the Medical University of South Carolina, in Charleston. I came to Houston to join the Menninger Clinic and the psychiatry faculty at Baylor in 2007.

Throughout my career, in my academic work and in my clinical practice, I have had an abiding special interest in the field of personality styles, types, and disorders. Recently, for the APA, I served as co-chair of the Work Group on Personality and Personality Disorders for the most recent edition of the Diagnostic and Statistical Manual for Mental Disorders (DSM-5), which developed an Alternative Model for DSM-5 Personality Disorders, now published in Section III of DSM-5.

As a journalist and author, I have written extensively on mental health and behavior. My “Mood News” column appeared in Allure magazine for 25 years. My work has appeared in numerous other publications, such as the New York Times, the New York Daily News, Good Housekeeping, Self, More, Health, Natural Health, and Prevention.

I’ve written nine books, most on mental and physical health subjects. After the publication of the original Personality Self-Portrait, I had the good fortune to work with Dr. Oldham again, coediting the award-winning Columbia University College of Physicians and Surgeons Complete Home Guide to Mental Health.

My latest book has more to do with my own mental health, which unfailingly improves as I listen to opera and/or travel. I indulged both loves when I coauthored Along the Roaring River: My Wild Ride from Mao to the Met with Hao Jiang Tian, who grew up during China’s Cultural Revolution. 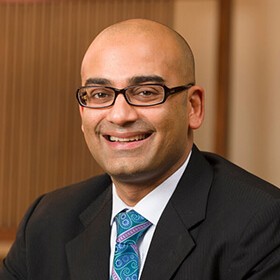 I currently am the Vice Chair for the Department of Psychiatry at Houston Methodist Hospital. Overall, my clinical and research interests include mental health quality and outcomes, psychosomatic and behavioral medicine, and neuromodulation (especially for the management of chronic pain). I am also Professor of Psychiatry and Behavioral Sciences at the University of Texas Health Science Center in Houston (UTHealth).

Evaluating and managing personality styles and personality disorders has been an integral part of all my endeavors since the earliest days of my training.  And I have had the good fortune to have worked with Dr. John Oldham at two separate institutions and have collaborated with him on numerous research presentations and publications.

You get a pretty good idea of what someone’s like after you’ve been working together for a while.  But wait until you discover the personality style of your team.

We joined forces with the goal of creating an educational website that included a computer-scored Personality Self-Portrait test, which became the NPSP25. But we’d never really understood ourselves as a team until we tested our new product on ourselves, so we shared our individual Self-Portraits with each other. Our Group Self-Portrait provided a three-dimensional dynamic view of how we work together, why it works, and how we solve problems. Let us show you.

The Group Self-Portrait feature superimposes all three Self-Portraits on one display and reveals the outlines of the individual graphs when you toggle over them.

The three of us are each dominated by Conscientious Style.  Work, work, work.  Our productive accomplishment is paramount, individually and together. We expect each other to work on our joint project despite what else is going on in our busy professional and personal lives.  We each manage to make time for it, since we Conscientiously follow the rules, which include deadlines. And like true Conscientious types, we feel guilty if we fail.

Each of us, as Conscientious as we are, has a highly developed sense of what is right about our work. No problem when we agree with one another.  But when any one of us has a different sense of what is absolutely the right way to proceed, we can and do argue the point. Resolution usually follows from our overriding commitment to our goals–as well as our respect for our differing roles on our team.

John is the recognized leader in personality research and treatment.  Alok’s research and professional background provides the tech and business knowhow and outreach we need. And Lois is the writer, the journalist/researcher, and the self-proclaimed arbiter of popular style.

Our results on this oh-so-competitive style are extremely revealing. Together they show that, as a team, we don’t struggle over who is or should be in charge. John is top dog, and he’s earned it.  Gifted Self-Confident types rise through the contributions of others on their team, whom they recruit for that very ability. On Alok’s individual chart, his Self-Confident Style is definitely a player in his profile. But as a team member, he maintains his sense of self without needing to overplay his own ambition.

On these two styles, our team functions well because we are so alike. We have a similar take on the world we live in (low Idiosyncratic) and are able to maintain our separate roles and independence without undue deference or need for support (low Devoted).

Lois provides the color commentary in our teamwork and in our written work. She likes to tell stories and get a laugh out of the other two, which works, since she enjoys being the center of attention. John’s Dramatic Style goes hand in hand with his Self-Confident strength. In his career he has had the top job at just about every institution or organization or publication on which he has served.

He’s perfectly comfortable being the center of attention in his professional life.  On our team, we are happy to defer to his experience and expertise, which he continues to earn. Among the three of us, our Dramatic emotionality fits with our interest in people of all makes and models.

That explains it! John and Lois had been contemplating creating an online version of the NPSP for years. Then Alok joined the team and suggested we take risks and proceed into unknown territory and do things we never thought we were capable of…and here we are today. Our team benefits from his eagerness to race to the edge of the cliff, but that’s as far as he goes, given his Conscientiousness…and ours.

For Lois, her modest blip of Leisurely engendered a lively discussion among the three of us. In a word, she procrastinates, putting off our work until the deadline looms.  She often says yes to too many activities and projects and then worries that she can’t fulfill them all. Procrastination is often a dance to try and figure out which of too-many responsibilities comes first.

Alok has a dose of Leisurely as well, maybe because he has so much responsibility to his career and family, but he’ll get the work done. Leisurely Style doesn’t just mean procrastination, though—it also means making time for R & R.  But that can fight with Conscientious Style. Lois and Alok are better at claiming some downtime than John is. We’re working on this!