The Power of Humility 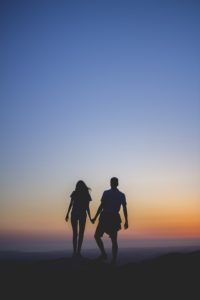 “Humility Is Something to Boast About.”

That was the headline on a recent article in the print edition of The New York Times.  Benedict Carey reports on a recent review of studies of people with a personality trait characterized by an ability to perceive one’s own flaws and strengths, and a relationship style focused on the other person and not on oneself.

This once-valued personality trait seems to be back in vogue, at least among personality researchers.  Reflecting on reasons for the new interest in an old virtue, the study authors reflect that “[h]umble individuals are less likely to harm and more likely to care for and prioritize the needs of valued relationships.  Accordingly, individuals who are perceived as humble may possess relational advantages, which include being seen as desirable mates.”

It may also be just plain good for mental health.

Perhaps recognition of the value of humility could help us lean away from being awash with self-importance in the “age of narcissism.”  At the Menninger Clinic in Houston, where I work, we emphasize the importance of “mentalizing,” which in brief refers to the ability to see yourself from the outside and see others from the inside.  Skillful “mentalizers” generally would score high on humility.  After all, it’s difficult to put yourself in someone else’s shoes and to have empathy for what the other person’s life experiences and stresses might have been like, if you can’t put your own convictions and biases aside while doing so.

In terms of the NPSP25 styles, those with a healthy dose of humility would likely score high on Devoted and Self-Sacrificing styles, and also Conscientious, with perhaps some of the Serious style as well.  But what is meant by a “healthy dose”?  Well, check out the blood pressure model described in The Science of Personality–too much or too little of something inevitable and essential for life (such as personality) could become a problem.  Being too Devoted and Self-sacrificing could result in an imbalance, so that one would lose autonomy and one’s own voice, beliefs, and capacity to have a difference of opinion.  Just trying to please others, but staying invisible as a person in your own right, could be a formula for trouble.

And conversely, having no devotion to anyone but yourself and being unwilling to sacrifice your own interests while helping others could also be a formula for trouble, at the opposite end of the scale.