Is There a Mass-Shooter Personality? 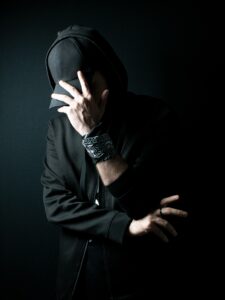 Our country has been reeling from report after report of mass shootings resulting in tragic injuries and loss of lives. The scope of this savage behavioral epidemic is huge.  What’s more, it is solidly entangled in the politically polarized climate gripping our nation.

Since this website is about personality, several pressing questions seem appropriate to take up: Who are these shooters? What kinds of human beings are they? What are their personalities like? Are they all mentally ill? If not, how can we understand them? Are there life experiences and behaviors that they share in common?

As a psychoanalyst and forensic psychiatrist, I think about these questions a lot.

In a recent opinion piece in the New York Times, columnist David Brooks wrote, “A majority of mass shooters are not suffering from a diagnosed mental illness. It’s mostly the circumstances that drive them to do what they do, not an underlying disease.”

He pointed out that they are generally young males who are often “ghosts”: They have been bullied or excluded socially and are withdrawn or remote. As Brooks noted, “they are not necessarily loners; they are failed joiners.” We “see ourselves as others see us,” he wrote, “and when no one sees us, our sense of self disintegrates.”

In modern psychiatry, there are two primary ingredients of a healthy personality. First is a sturdy sense of self. That means a firm identity and a good capacity for self-direction. Second is healthy interpersonal relationships. This refers to a capacity for empathy, plus the ability to form intimate, mutually rewarding, lasting relationships. A personality disorder, then, is moderate or greater impairment in these areas.

Brooks contended that many mass shooters have had troubled early lives. They rebel against a lifetime of being ignored or dismissed by gaining headline-grabbing attention. Perhaps they intend to die in the process. It’s a compelling case.

So is there a mass-shooter personality?

Probably not a definitive one.  But descriptions of shooters as “ghosts” and “failed joiners” suggest the presence of an impaired sense of self and of troubled relationships, the hallmarks of a personality disorder.

Is there hope in such cases? Yes, at least sometimes, if recognized soon enough and if they get appropriate professional help. Tragically, however, these young men have usually grown up in turbulent life circumstances, the very conditions that deprive them of care, compassion, and guidance in life. They don’t learn how to find–or accept–the trustworthy outstretched hand that might pull them back from the explosive showdown.

Photo by MEHRAX on Unsplash