Fit to Be King? 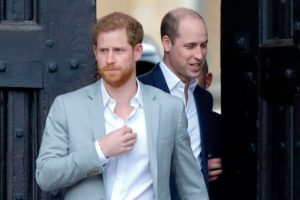 Consider the case of Prince William vs. Prince Harry:   Do you need a princely temperament to wear the royal crown?

“This isn’t a power struggle,” acknowledges Sam Walker, The Wall Street Journal leadership columnist.   “William is the heir by birth and Harry, sixth in line to the throne, has no realistic shot at becoming king. But in a broader sense, these two wildly popular princes seem to be a near-perfect embodiment of a classic leadership divide.”

As avidly described in the popular press, William is seen as the steady, conscientious, reserved, diplomatic, reliable one. Harry’s the spontaneous, adventurous, perhaps mischievous, and emotionally expressive one.  Admittedly, these public impressions don’t capture the full range and depth of the personality, values, beliefs, and private aspirations of either royal brother. Even so, what’s visible to the public is pretty persuasive that these are two very different people.

Walker wondered which prince was better suited to be king. He referred to the well-known “Five-Factor Model” of personality (called the “Big Five” in factor-analytic psychology research), which identifies five personality domains to capture the main features of one’s personality. These are conscientiousness, extraversion, openness, agreeableness, and neuroticism. From their public portraits, it’s pretty convincing that William leans toward being more conscientious, formal, and emotionally steady, while Harry seems more on the extraverted, emotionally expressive and colorful side. In the terminology of the NPSP25 , we could speculate that the most prominent of William’s personality styles might be Conscientious, Self-Confident, Devoted, Self-Sacrificing, and Serious, whereas Harry’s might be Adventurous, Dramatic, Mercurial, Leisurely, and Aggressive.

Do their differences in personality imply that one prince would be a better leader than the other? Before you answer, consider this question: Leader of what?

Not all groups or entities that need a leader are the same, far from it.  The skills needed to lead a country or a monarchy are not entirely the same as those needed to lead a university, a sports team, a religious congregation, an investment company, a charitable organization, a chamber of commerce, a film studio, a symphony orchestra, a newspaper or an endless number of other possibilities. And thank goodness for that, since talent doesn’t come in a one-size-fits-all package.

So the challenge is to find the right “fit” to match the potential leader with the right career opportunity. If the leadership role being considered by Walker in the WSJ is to be the British monarch, that’s a tall order for any prince. But maybe one prince might be a better King of England and the other a better road warrior for a good cause. Prince Harry, in stepping back from his position in the royal family, seems to have figured that out.

Our differences are what make the human condition endlessly interesting.