Does This Personality Trait Put You At Risk of a Cybercrime? 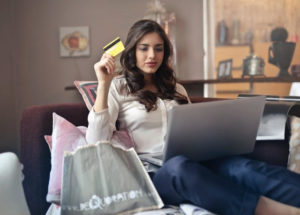 Being easily distracted makes you a target for pickpockets, and experts know that extroverts are more likely than introverts to be preyed upon by con artists. Now researchers are zeroing in on a personality trait that makes a person a target of cybercriminals. According to research published in Social Science Computer Review, that trait is low self-control.

Low Self-Control and Online Crime
The online behaviors that characterize low self-control are impulse shopping and frequently downloading music and other content. Just as people who put themselves in unsafe situations are more likely to be crime victims than people who steer clear of danger, people who spend a lot of time online, perhaps even sharing personal information, are most likely to fall prey to cybercriminals. However, after surveying nearly 6,000 people, researchers at Michigan State University found that there’s more to being a victim than being in the wrong place in cyberspace at the wrong time.

Lead researcher Thomas Holt said a person with low self-control “…shows signs of short-sightedness, negligence and an inability to delay gratification.” Such a person is easy for cybercriminals to spot.

Personality Trait Alert
People who score proportionally high on the Mercurial or Adventurous style (see the New Personality Self-Portrait) are particularly likely to act in the moment and are thus more vulnerable to the self-control issues that cybercriminals prey on. Styles that emphasize control include the Aggressive, Conscientious, Vigilant and Sensitive.