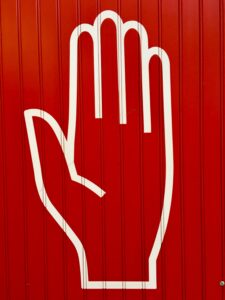 “Attention is a limited resource, so pay attention to where you pay attention,” said the writer Howard Rheingold.

This maxim is a favorite of a theoretical physicist named Michael Goldhaber. He is “the internet prophet you’ve never heard of,” according to New York Times Opinion  writer Charlie Warzel.

For decades, Goldhaber has been troubled by the explosion of a global internet-driven “attention economy.”

“Every single action we take — calling our grandparents, cleaning up the kitchen or, today, scrolling through our phones — is a transaction. We are taking what precious little attention we have and diverting it toward something.  This is a zero-sum proposition.  When you pay attention to one thing, you ignore something else.”

Whoever or whatever claims our limited attention gains power.  And the internet is the name of the attention game. True, the worldwide web  can capture our attention to reveal amazing things.  We witness, for example the power of technology and of nature itself as we watch photos from Mars—in real time!

But then again, how much of our brainpower is dedicated to what we pay attention to?

Not so much, said psychologist Lisa Feldman Barrett in a New York Times piece.  “Your brain’s most important job isn’t thinking: it’s running the systems of your body to keep you alive and well,” she emphasizes.

Barrett likes to think of the brain’s work as body budgeting.  “Each action that spends resources, such as standing up, running, and learning, is like a withdrawal from your account.  Actions that replenish your resources, such as eating and sleeping, are like deposits.”

Barrett does not distinguish between physical and mental resources when she’s thinking in body-budgeting terms. Staying up all night glued to the internet can seem like a welcome distraction from dwelling on Covid-related losses.  But sleep deprivation withdraws resources: It makes the mental distress worse.

In our attention economy, it might help to pay direct attention to  painful realities and find someone you trust to share them with.

The world at warp speed

Or meditate, if only for a precious few moments.

We have all seen the “30 Seconds of Calm”  portrayal of gentle rain, between other, more raucous ads on TV, later becoming “15 Seconds of Calm.”  Fifteen seconds!!  Yet it is welcome and soothing.  Then on to the next breathless segment about an amazing new cleaning product, or about a new drug that will make your skin shine, if it doesn’t kill you.  And then on to “Breaking News” that never stops.

So maybe it’s time to pay attention to how much we’re paying attention to this hype overload.  Surely it is time to set a limit.  Take a walk,  go to the zoo, turn on some favorite music and just listen.

What’s your style in the attention economy?

In the language of NPSP25, how do our different personality styles fit with the escalating pace of life?

There’s no formula to help answer this question.  Most of us, with a wide range of personality patterns, can be influenced by the loudest voices clamoring for attention.  And most of us like to be the center of attention, at least some of the time.  But some personality styles truly hunger for attention.  Some seek it from important people or from admiring crowds (Self-Confident, Dramatic).  Some just want it from  special loved ones (Devoted, Sensitive).  Others seek non-stop excitement (Adventurous, Mercurial).  Others prefer peace and quiet (Solitary, Serious).

The point is that, no matter our personality style, we all have our body budgets to manage.   Attention must be dispensed or  received.

Photo by Giulia May on Unsplash